Drupal Module – Service Links is a very useful module where you can add some very common sociable icons on your page. Here is what the writer says:

The service links module enables admins to add the following links to nodes:

The site owner can deside to show the links as text, image or both. What node types to display links for and if the they should show on the front page or not.

Drupal Install Sceenshots is a collection of Drupal installation related image gallery. You can find some useful screenshots in order to install, configure and use the many useful function of Drupal, one of my favourite CMS (Content Management System).

Drupal is software that allows an individual or a community of users to easily publish, manage and organize a great variety of content on a website. Tens of thousands of people and organizations have used Drupal to set up scores of different kinds of web sites, including

Digital Millennium Copyright Act of 1998 is something that every webmaster should know about, especially we bloggers 😉

Congress enacted section 1201 in response to two pressures. Congress was responding to the perceived need to implement obligations imposed on the U.S. by the 1996 World Intellectual Property Or–ganization (WIPO) Copyright Treaty. Section 1201, however, went further than the WIPO treaty required.[2] The details of section 1201, then, were a response not just to U.S. treaty obligations, but also to the concerns of copyright owners that their works would be widely pirated in the networked digital world.[3]

Section 1201 contains two distinct prohibitions: a ban on acts of circumvention, and a ban on the distribution of tools and technologies used for circumvention.

The first prohibition, set out in section 1201(a)(1), prohibits the act of circumventing a technological measure used by copyright owners to control access to their works (“access controls”). So, for example, this provision makes it unlawful to defeat the encryption system used on DVD movies. This ban on acts of circumvention applies even where the purpose for decrypting the movie would otherwise be legitimate. As a result, when Disney’s Tarzan DVD prevents you from fast-forwarding through the commercials that preface the feature presentation, efforts to circumvent this restriction would be unlawful.

This news about The Next Big Thing comes from IBM’s Executive Vice President:-

Nicholas Donofrio, Big Blue’s executive vice president of innovation and technology, made the provocative declaration Tuesday in an interview with ZDNet Asia. He was in Singapore for the Infocomm International Advisory Panel’s first gathering, organized by the Infocomm Development Authority of Singapore.

Donofrio said: “The fact is that innovation was a little different in the 20th century [than it is today]. It’s [now] not easy to come up with greater and different things.” “If you’re looking for the next big thing, stop looking. There’s no such thing as the next big thing,” he added.

It is quite sad hearing about this from someone in the field of innovation and technology. But sincerely, I do not think so.

2GB/4GB Ipod Nano Review by the guys in TechLore.com is very detailed with alot of information on the new flash-based Ipod Nano.

The iPod Mini hadn’t even celebrated its second birthday, yet the rise of the Nano signals a quick death of what was considered to be one of the hottest portable audio products in history. Perhaps Apple had been sitting on its duffels for too long. The Mini’s lack of a color screen and abysmal battery life would never let Apple take control of the small player market. Jobs and company couldn’t sit still, so they’ve knocked out the two biggest problems with one punch.

Do you want to keep some Japanese Carp Koi but lack the time? Well, this is a good news.

“The robot is modeled after a Nishiki koi carp as a form of tribute to Hiroshima Castle (whose nickname Ri-jo means Koi Castle). The 80-cm (31-inch), 12-kg (26-pound) fish has a white body with bright red spots. Though the tail movement is very smooth and lifelike, the remote-controlled koi is capable of moves that a genuine koi is unable to perform, such as swimming in reverse and rotating in place.

The robot is Ryomei Engineering’s fifth in a line of fish robots that includes a sea bream, a prehistoric coelacanth, and a golden carp. New features added to the robotic koi include a CCD camera built into the head and sensors for analyzing water quality”

Intel reveals its Low Power Microprocessor recently, called “Sossaman” , a low-voltage version of its Xeon server processors that consumes between a third and a fifth the amount of electrical power as its brethren.

The chip is a response to growing problems of power consumption and resulting waste heat in the data center. Intel rival Advanced Micro Devices has made inroads in the server market, in part because its chips are more power-efficient, analysts say.”

The source on Low Power Microprocessor.

On my way to search for difference between Park Domain Versus Addon Domain, I found an interesting argument on SiteGround forum.

Some of the points being discussed are:-

“The purpose of the Parked domain Cpanel function is to allow the customer to have more than one domain name opening his/her website. This means that Parked Domains are not intende to be used to serve different content from the primary domain.

The Addon domain is the function that allows you to have more than one website hosted on one account.

Using Parked domains as Addon domains with the help of htaccess is not allowed on our servers.”

They also mentioned on using .htaccess to turn park domain into addon domain, which I am VERY interested now bacause I have used up all my 9 addon domains, and with unlimited park domain, I think this trick will help alot.

Here is what they say:-

“”Established in 1989, I-Star Computer Inc. has over fifteen years of experience in designing and manufacturing Industrial Switching Power Supply, Sheet Metal, and Rackmount Chassis. From the standard switching power supply to high-end redundant power supply, I-Star has grown to be one of major provider in IPC power supply industry. In recent years, we have also expanded our products to include DVR/IPC and Storage RAID industries. Our goal is always to provide our customer with the best products and superior customer services. In the beginning I-Star focused on providing our customers the combinations of cutting-edge technologies, high quality manufacturing, and excellent customer services. It has been a proving record that these priorities earned a strong partnership for I-Star in today’s competitive market.”” 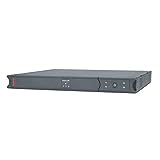 Here is the list of scripts that my web hosting plan has:

Fantastico Web Hosting really saves your time and money by easily setup and install the scripts that you want to use.