Continue from my previous post, i found also the pricing for intel processors

From the price list above, we can see the price for both core duo and core 2 duo processors.

The rest see for yourself… My point is, why is it so? Why dell, compaq and acer selling core 2 duo notebook much higher than core duo notebook, while the prices are the same for processors with same speed but different generation? Is this a normal practice in pc industry?

While looking for the definition of ‘mishandling’ from hp website, i found the Maintenance and service guide document for my notebook.

My notebook being a tiny-winy celeron m 1.5GHz processor is a sucker for battery juice. It do not have speed-step technology not like its big brothers, such as pentium m, core duo and core 2 duo.

From the service guide, I found that the processor is upgradeable with the following processors

Feeling itchy handed, I thought why dont I upgrade to a Pentium M processor, if the price is reasonable.

Guess what I found on HP Partsurfer site?

Awaken by a phone call this morning around 10am. Call from HP service center. First asking for my gf’s address (the notebook is bought under her name,as well as the warranty).

What’s the problem, you afraid I stole the notebook, then got problem and I send back to HP for repair? What kind of stupid thief you think would do that? Use some brain.

Ok, back to the story, after telling the girl that my gf is outstation now, she then start to ask me whats wrong with the notebook. C’mon, it was written clearly on the repair report. You cannot read ar? duh!

Anyway, after telling her that the notebook cannot be on, by battery or by ac adaptor, she straight away proceed to tell me that they suspect its motherboard spoilt.

Wait a minute..something fishy here, how come suddenly you become so smart, 1 second after hearing the problem, can straight away got the brain suspecting the motherboard ar, why not the Internal DC-DC converter, Internal AC adapter, Processor board or System board*.

What makes me really blur and angry is she said if they believe it was my fault (the exact word she used is “mishandling”), then the 2 years extended warranty that I bought along with the notebook will not cover for the cost of the problem.

Come on! I get it now, first she acted dumb saying don’t know what is the problem with the notebook (which was written cleary of the service form), hoping that I was not technically sound enough to know the cause, then she can acted dumb on me giving all kind of shitty excuses.

Then after hearing me stated cleary whats wrong with the notebook, using BIG words like ‘power supply’, ‘ac adaptor’ and ‘power indicator’ (alright, not exactly big words here ;), she then threatening me saying ‘we suspect its your fault, you purposely ‘mishandling’ the notebook, we ain’t going to repair for you for free, muah hahhahah! (last part added by me, of course).

Excuse ME?! ‘Mishandling’? I was using the notebook one minute before,afterwards I close the lid when I went to a meeting, which lasts for half an hour, when I came back, it was totally unable to on,you call that mishandling? BTW, I totally cannot find the definition of ‘mishandling’ on HP website, it was not in their “Limited Warranty and Technical Support” in file c00318165.pdf and “Compaq Hardwre and Software Guide Compaq Notebook Series Document Part Number 383110-001 383111-001″Â  in file c00563764.pdfC00400869.pdf (previous number was meant for M2000 series, mine is M2200 series)

Which bring to my conclusion that their motto is “customer always wrong”, if the cost of repair is beyond their profit, they will use any excuse to blame the users, to avoid the repair cost at all cost (no pun intented)

Something to refer to when comparing screen resolution.

Wow, I never know that the difference between XGA and SXGA is THAT big. PSP fans, here is how you can mod a PS2 controller with your PSP.

A nice idea but then you can’t put your PSP in your pocket anymore… hmm.. the price to pay for bragging? 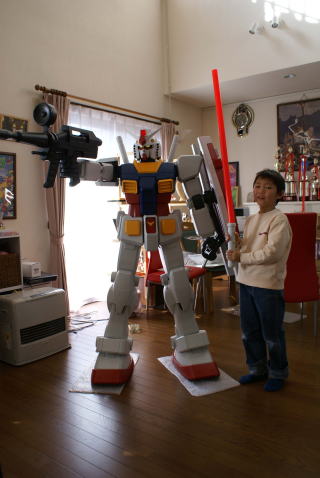 Gundam fans will die for this kind of stuff..It is a really good addition to Gundam fans collection.

Microsoft has been so nice to its user knowing that migrating from Windows XP to Windows Vista is not an easy task.

Thats why they come out with Windows Easy Transfer. Basically it is a tool to make your work easier to transfer/copy your files, photos, music, email, settings, and more to your new Windows Vista based PC.

Windows Easy Transfer supports transfers via any one of the following methods:
1) USB Easy Transfer Cable
2) Network connection
3) Removable media (such as a USB flash drive or external hard disk)
4) CD or DVD

If you are a network administrator, you will need this tool to help you assess all the pc in your network whether they are capable to be upgraded to windows vista.

The Windows Vista Hardware Assessment tool does not require the deployment of agent software on the computers being inventoried and assessed. It provides a secure, quick, and easy way to determine which computers, in a networked environment, are Windows Vista ready.

While you wait for your replacement battery you switch off your machine, remove the battery and only operate it on AC power, and customers shouldn’t use any battery packs not provided by Lenovo or one of their resellers

Sorry for not updating a frequent as usual. My notebook suddenly cannot be started and was sent to HP service center for repair.

I am using one of the two spare desktop pc. Yes, I am a nerd and I have  3 computers with me, one notebook and two pc.

Unfortunately, only one pc is working now, as the other pc, an AMD duron 750 is in the state of no return, intermittently shut down and having problem starting up most of the time.

The working pc, an Intel P3 866 is working with only 256MB of RAM. it barely start Windows XP and alot of harddisk page file swapping happen in the background.

From price/space ration wise, 2.5′ harddisk provides most bang for money, as well as speed wise, but usb flash drive does provide more mobility being smaller and no need for extra usb cable. decision.. decision..

Perhaps I’ll get both 😉